Welcome back to window types 101 — a complete guide. In part one, we went over window terminology and window materials, highlighting the pros and cons of each and giving you some basic guidelines to follow when shopping for windows in your region. If you missed it, you can head over and read part one here. In this installment, we’ll be talking about the different window types and styles that are available, and the average cost associated with each. There are a lot of different window styles to choose from, so let’s get started! 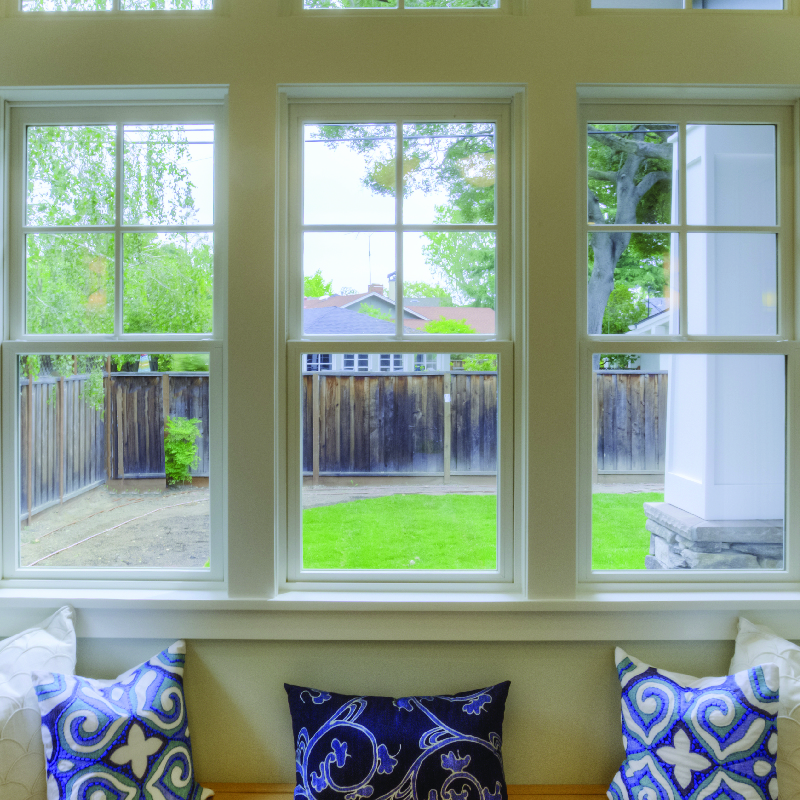 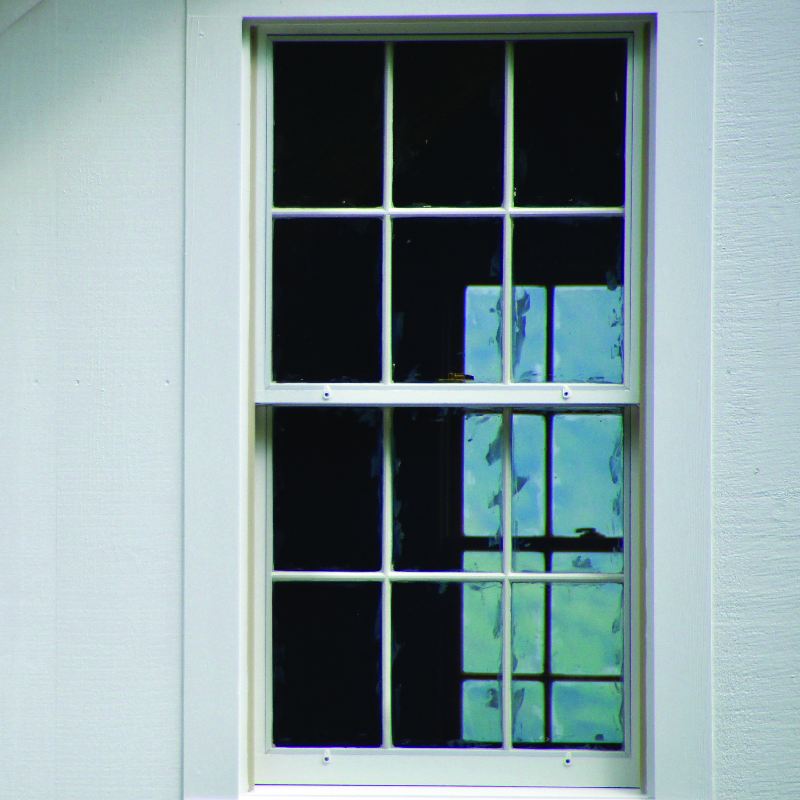 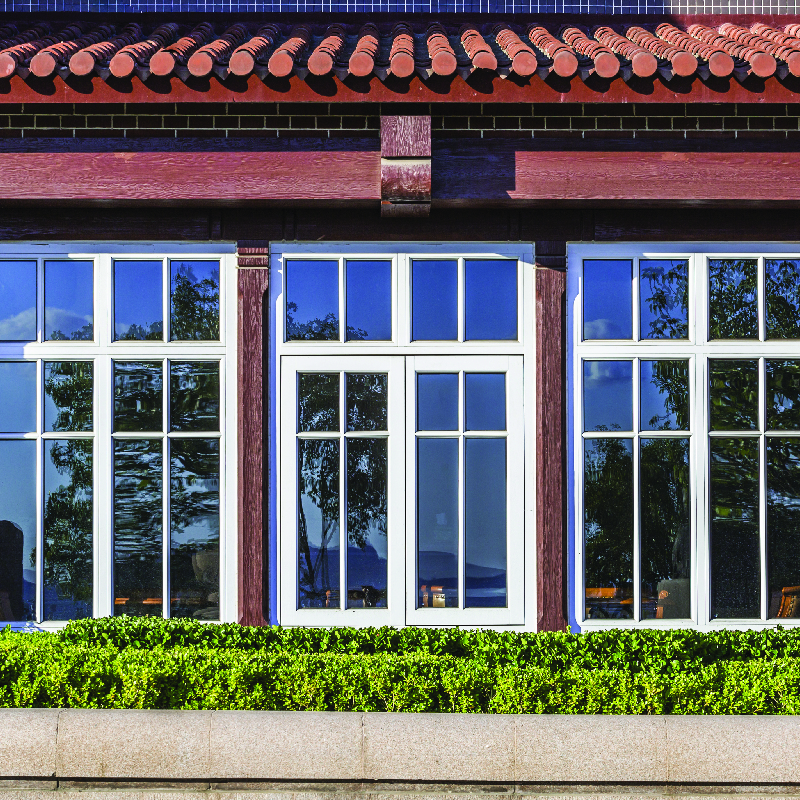 Casement windows, also known as crank windows, are attached to the frame by one or more hinges and allow the windows to be opened with a crank, handle, or lever. Casement windows are often chosen for tall, narrow window openings as the construction allows the pane to be made of solid glass, offering an unobstructed view. They also open completely, allowing for superior ventilation. 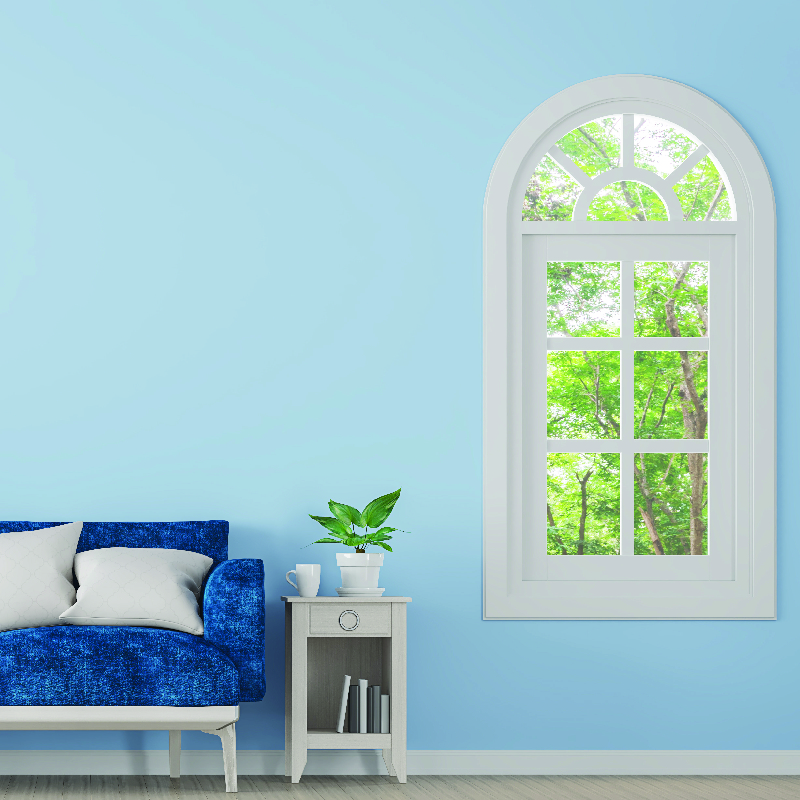 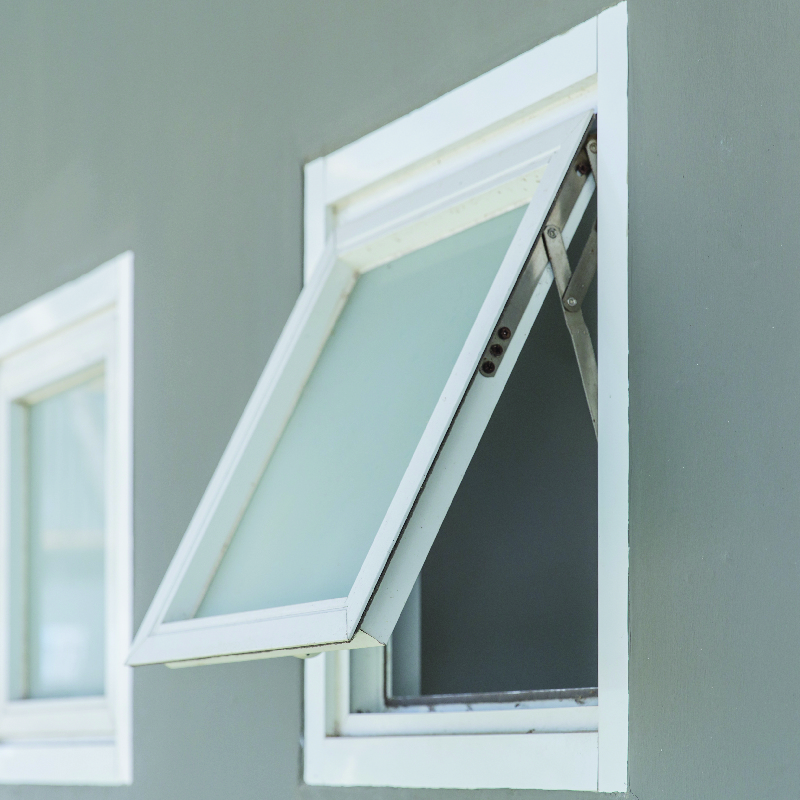 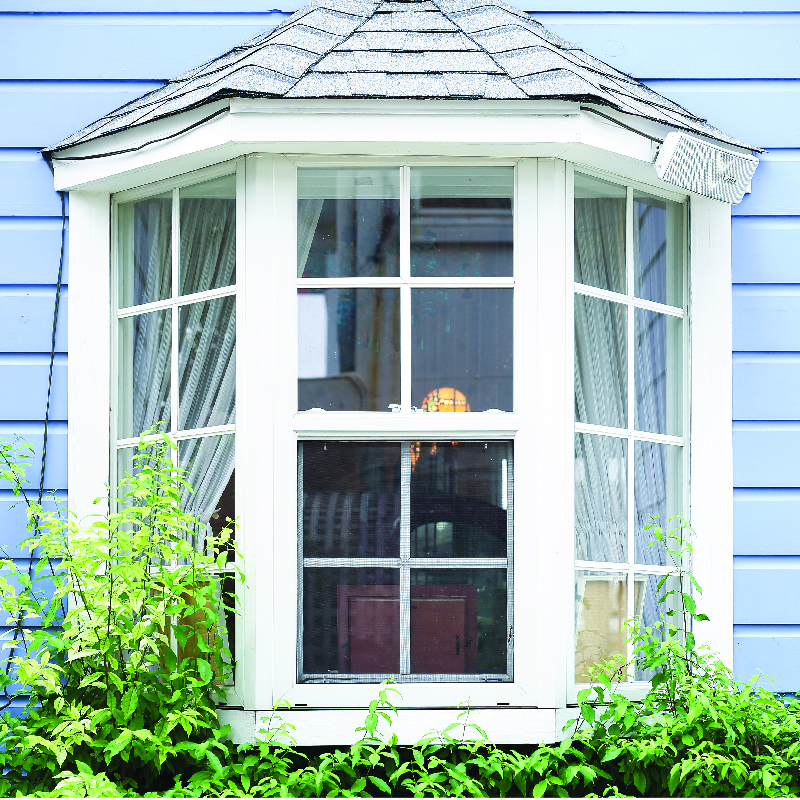 Both bay and bow windows protrude from the exterior wall, creating a small shelf in the home. The main difference is that while bay windows consist of a fixed window with two smaller windows on either side, bow windows utilize four or five small windows to create a more rounded appearance. 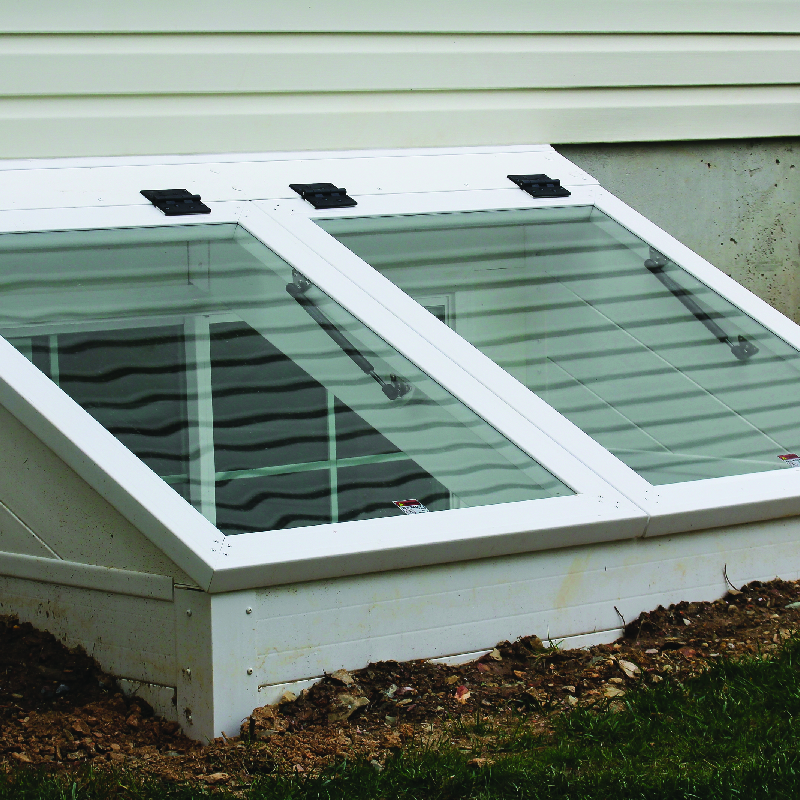 Egress windows are windows that are large enough to serve as an entry or exit in the event of an emergency. They are designed for safety more than anything else, and they are most commonly found in basements. Egress windows are often paired with an egress well with an attached ladder or steps for easy escape. 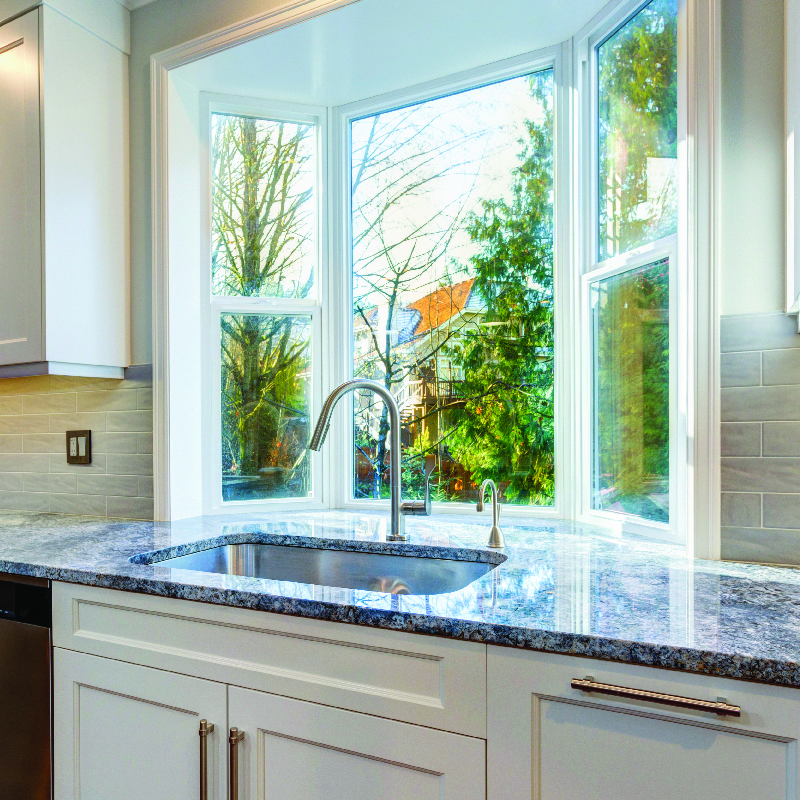 Much like bay and bow windows, garden windows also protrude from the exterior wall. Many refer to them as mini bay windows, and they essentially are. They have earned their name because they function as a small greenhouse and are often used for plants. 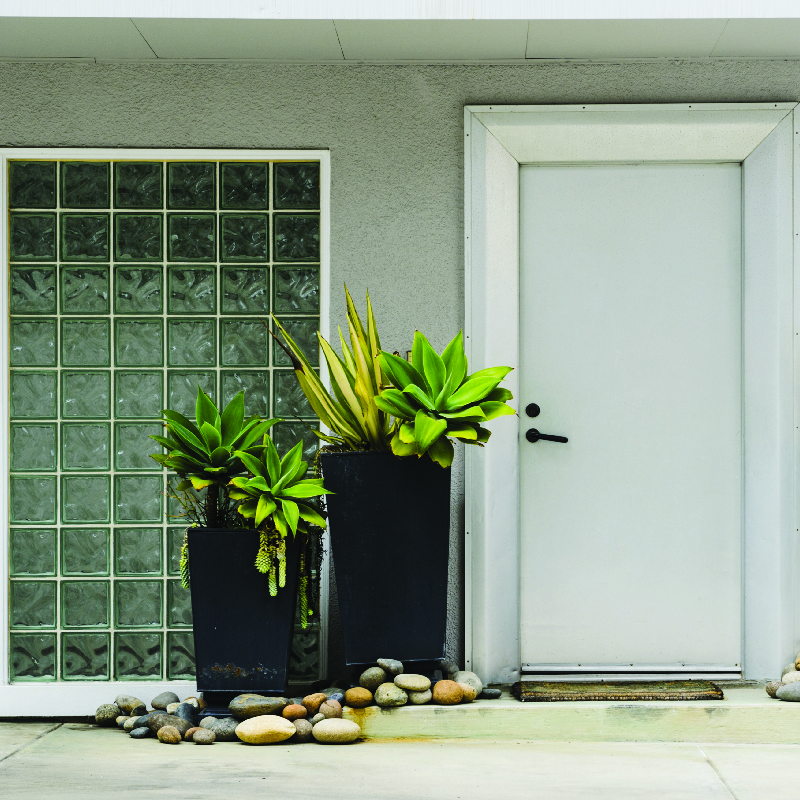 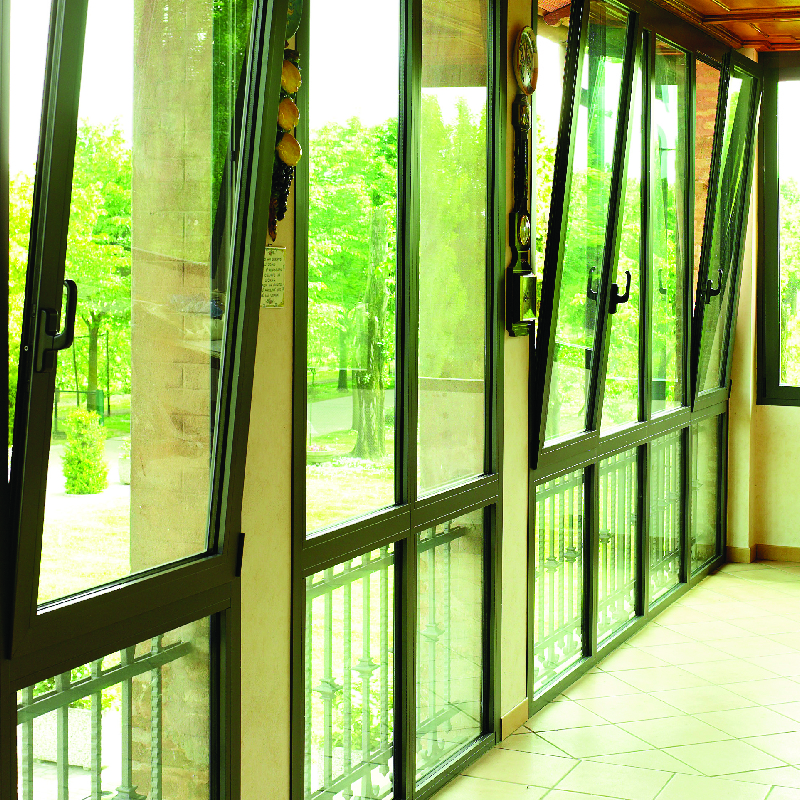 Hopper windows are similar to awning windows, but they open from the top instead of the bottom, typically with a crank. They are great for making efficient use of compact spaces and are often found in basements and bathrooms for this reason. They are also known for providing excellent insulation as they seal up against the frame when closed completely. 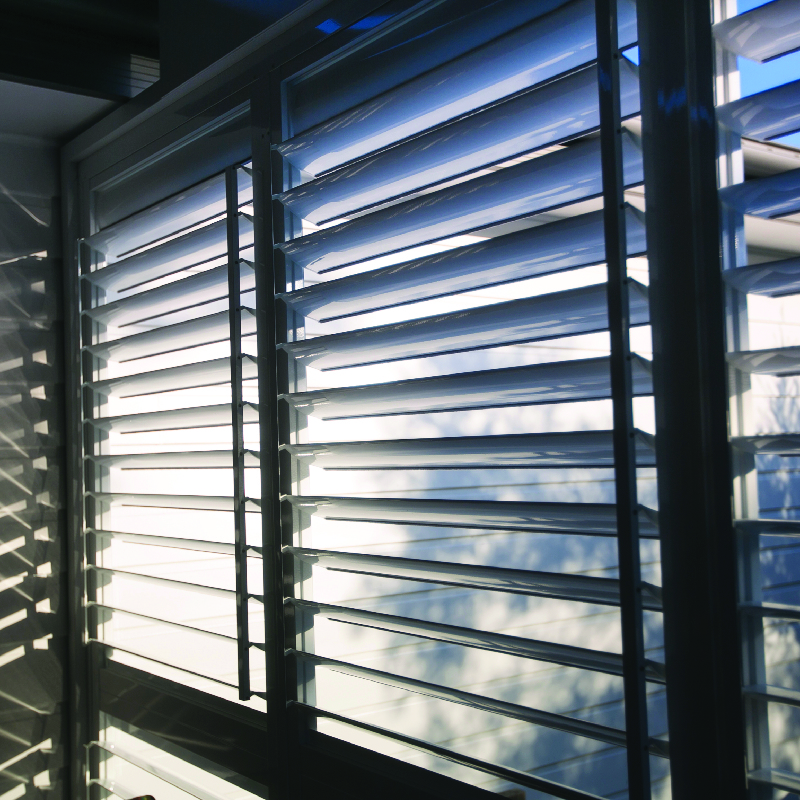 Jalousie windows, also known as louver windows, are windows composed of multiple parallel glass, acrylic, or wooden slats set in a frame. This type of window is unique and opens like a set of blinds, usually using a crank. When opened, the slats tilt to the side, creating a series of gaps that let air flow through freely. Jalousie windows are most popular in mid-century modern architecture but can add intrigue to any style of home. 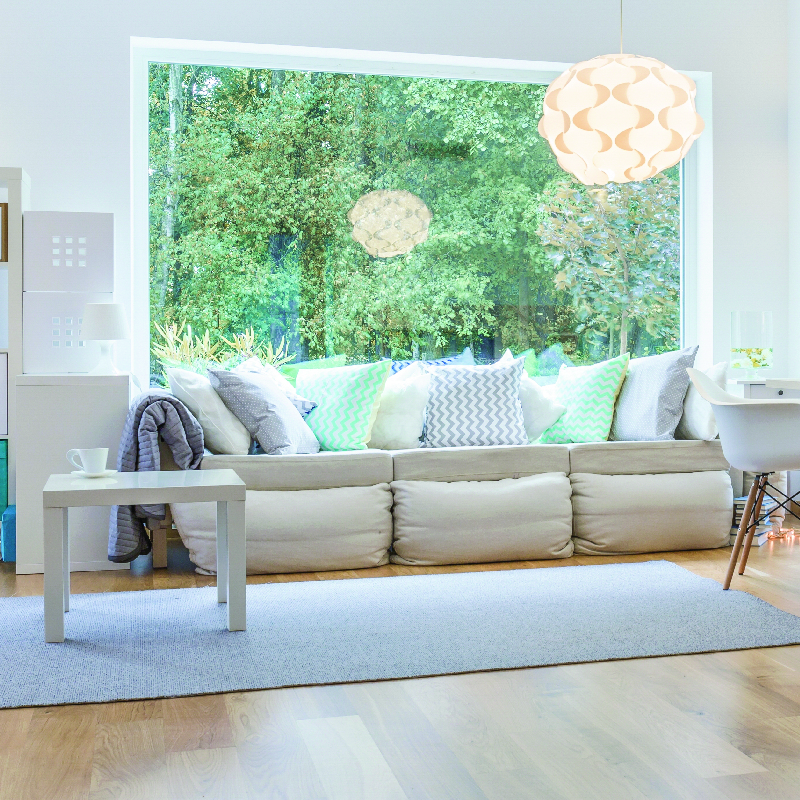 Picture windows are windows made from large glass panels that don’t have any brakes or visible frames. The result is an unobstructed view that’s ideal for homes with lush backyards or scenic landscapes. While picture windows are beautiful, they do not open, which means they do not offer the same ventilation that many other window styles offer. 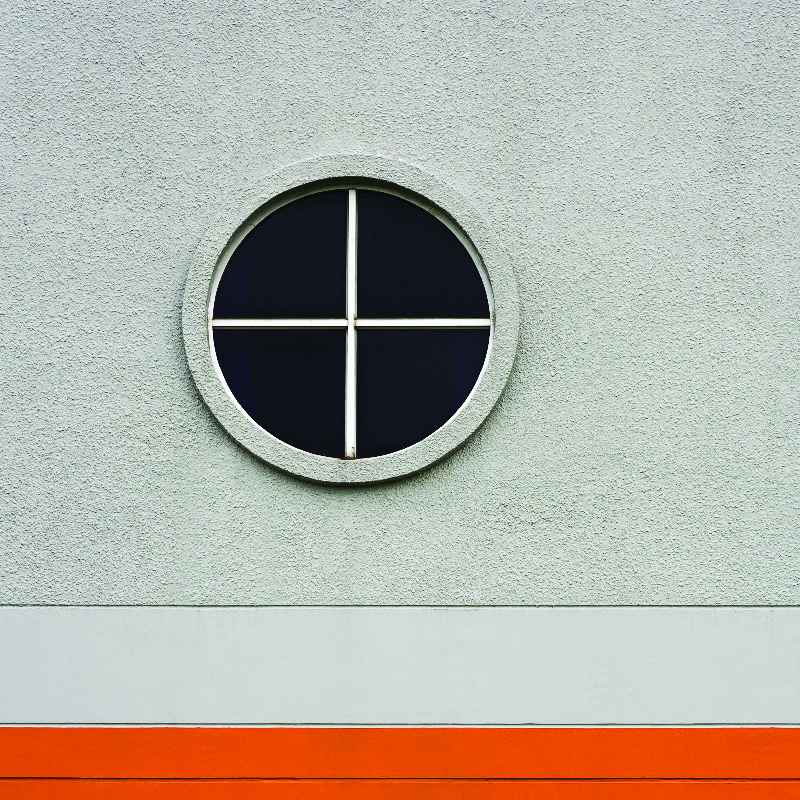 Round, half-round, elliptical, or oval — the circle window category encompasses many different shapes of windows and are known for their ability to add architectural interest to your home. Most circle windows are classified as window segments, which means that, like picture windows, they are fixed and purely aesthetic. There are, however, some window manufacturers that offer operable circle windows. 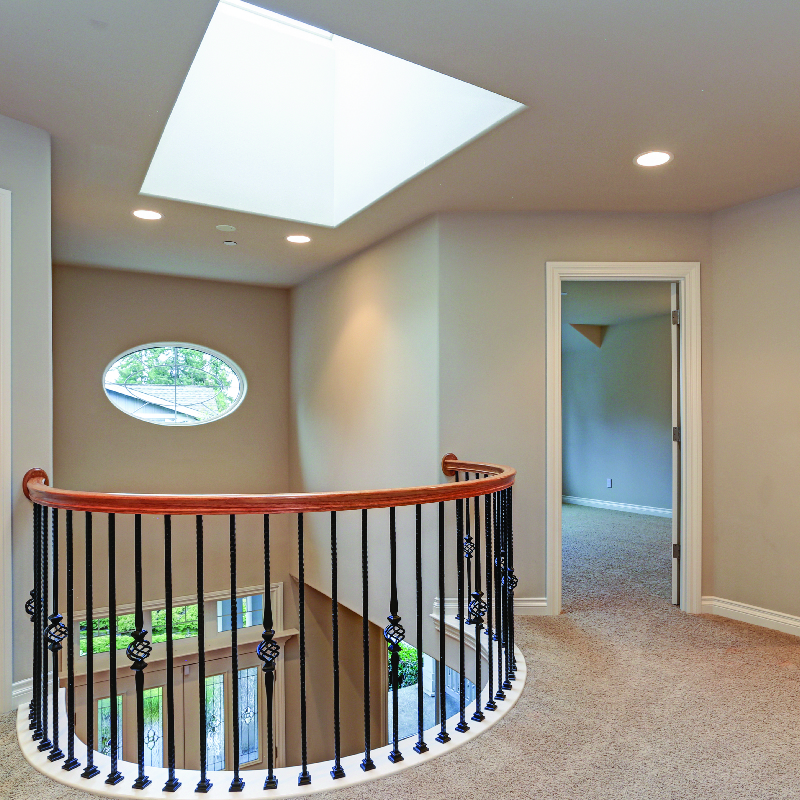 Skylight windows allow you to add more natural light to your home when you have limited options with exterior walls. Skylight windows are essentially windows that are installed on your roof, and may offer venting options, but do not open. They are popular in living rooms, kitchens, and bathrooms as they provide ample natural light while also providing privacy for more intimate spaces. 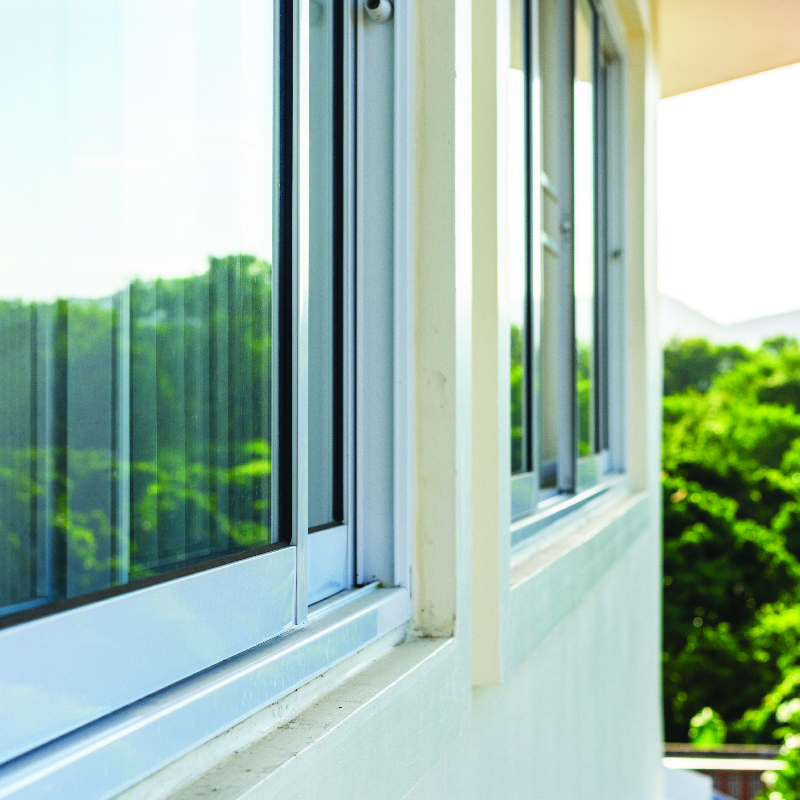 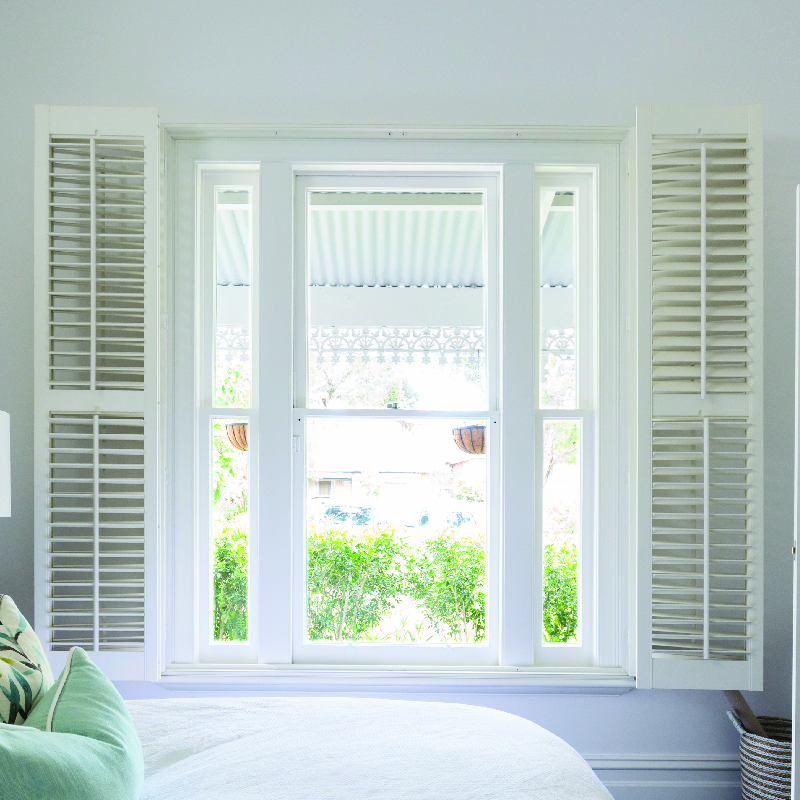 Storm windows are mounted outside or inside of the main glass window of a house in the same frame. They add another layer of protection to help prevent damages to costly glass panes during inclement weather. They also come with the added benefit of increasing your current window’s insulation abilities, which is why they are a popular addition to homes in storm-prone areas. 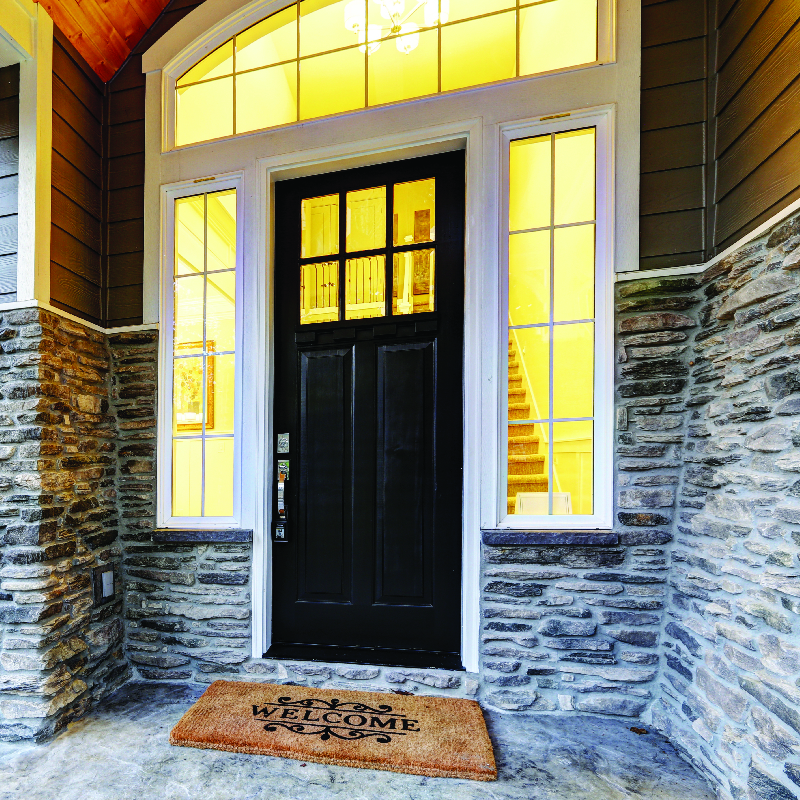 Transom windows are decorative windows that help break up space or add intrigue to the design of a home. You can see this type of window most commonly installed above doors in upscale homes, or even above other windows in some cases. They typically come in a semicircle shape, but they can also be square or rectangular as well.

Now that you’re familiar with all the different styles of windows, you can make an informed choice about what types of windows are most ideal for your home. Of course, no matter what type of windows you choose, proper installation is crucial. So, make sure to choose a trusted window installation expert. We know a few if you’re in the market — wink wink.
If you’d like to learn more about window types and material, feel free to give us a call at (972) 393-3991 or stop by our showroom in Southlake. We also offer free in-home consultations if you would like someone to help you determine if your windows need to be replaced and/or what type of replacement windows are best for your home. 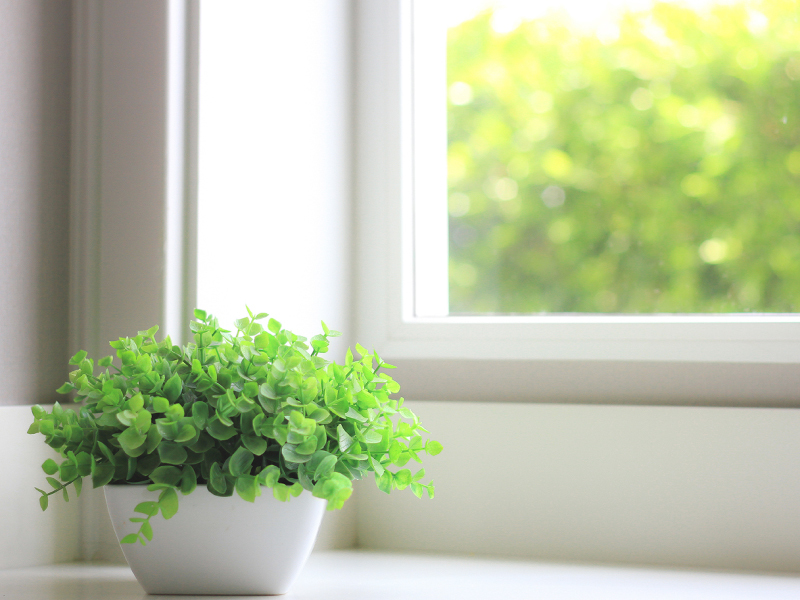 What Makes an Energy-Efficient Window?

You hear everyone these days talking about energy-efficient windows, energy-saving appliances, smart thermostats, and more. Homeowners are doing everything they can to save money and

How to Properly Clean Your Replacement Windows

Clean replacement windows can allow more light into your home and make a literal difference in how you view the world. If you agree, we 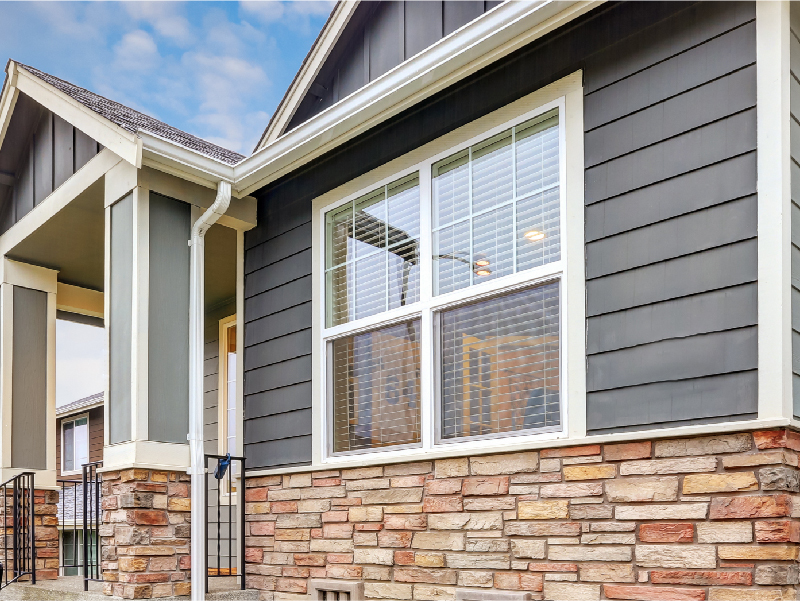 Everything You Need to Know About Replacement Window Installations

If you’ve ever thought about replacement window installations, you probably think the installers come to your home, force all of the windows out by brute